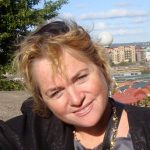 Kalypso Nicolaïdis is Professor of International Relations at Oxford and a member of the EU reflection group on the Future of Europe (2020-2030) She was associate professor at the Kennedy School of Government, Harvard University and has also held visiting professorships around Europe. Her publications appear in numerous journals including Foreign Affairs, Foreign Policy, the Journal of Common Market Studies, Politique Etrangere and Raison Publique. Her books include, The Federal Vision (OUP), In the long Shadow of Europe (Brill); Mediterranean Frontiers: Borders, Memory and Conflict in a Transnational Era (IB Tauris), Whose Europe? (OUPrint).