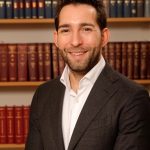 Diego Acosta is Professor in European and Migration Law at the University of Bristol. He holds a PhD in European Law from Kings College London. His area of expertise is International, EU and Comparative Migration Law. His latest book is entitled: The National versus the Foreigner in South America. 200 Years of Migration and Citizenship Law. It was published by Cambridge University Press in 2018.

Professor Acosta has provided expert advice on the subject for International Organisations, Governments, political parties and NGOs in the United States, Europe, South America and Africa, including the European Union, IOM, the International Centre on Migration Policy Development (ICMPD), IGAD, the Uruguayan government, Brazil’s Ministry of Labour and the Ecuadorian Parliament, among many others.

He has published widely in the area and his work has appeared in the most important journals in the area including the International Migration Review, Common Market Law Review, European Law Review, European Law Journal, Journal of Common Market Studies or European Journal of Migration and Law. He was also co-investigator and worked 20% of his time in the five years research project entitled Prospects for International Migration Governance (MIGPROSP) for which Professor Andrew Geddes, as principal investigator, had obtained a European Research Council grant of 2.1 million Euros (2014-2019). His website where all his publications are available is: www.diegoacosta.eu.