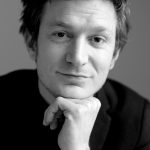 Jean-Thomas Arrighi is one of our country experts for France, as well as the former coordinator of the EUDO-CITIZENSHIP network (2012-2015). He contributed to a number of earlier GLOBALCIT projects, including the FRACIT project on ‘Access the Franchise in the European Union’ and its subsequent expansion to the Americas, as well as the ACIT project on ‘Access to Citizenship and its Impact on Immigrant Integration’. Currently, he is a Senior Lecturer in Comparative Migration History at the University of Neuchâtel, working together with the Swiss National Centre of Competence in Research (NCCR) on the move. He also works as lecturer in politics at the University of Lucerne.

Before moving to Switzerland, he hold postdoctoral positions at the EUI’s Robert Schuman Centre for Advanced Studies and the University of Michigan in Ann Arbor and visiting scholarships at Pompeu Fabra University and the University of Edinburgh. He received his PhD from the Department of Social and Political Sciences of the European University Institute in 2012.

Jean-Thomas Arrighi worked for the EUDO CITIZENSHIP observatory in 2012 and 2013. In January 2014 he moved to the University of Michigan in Ann Arbor as a postdoc fellow. Jean-Thomas was not just an assistant in charge of updating the website and keeping in touch with our fast growing network of external experts. He also contributed essential parts to our two main projects in 2012/2013 – the ACIT study on citizenship indicators and the FRACIT study on electoral rights, for which he wrote the chapter on the franchise of non-citizen residents and built the comparative database together Derek Hutcheson. Jean-Thomas is a multi-talent with intellectual curiosity and passion for the topics covered by our observatory. He leaves a legacy and also a gap, but he will hopefully stay in touch and help us to fill it.”

My farewell to Jean-Thomas posted in December 2013 was premature, since he returned to work for EUDO CITIZENSHIP as research fellow and main coordinator after his postdoc fellowship in Ann Arbor, taking over the job from Vesco Paskalev in September 2014. Yet now I have to say good bye again because Jean-Thomas has taken up a longer term appointment and full time position at the University of Neuchatel with the NCCR project “On the Move” led by Gianni D’Amato. He  has handed over his tasks as research fellow for EUDO CITIZENSHIP to Jelena Dzankic, who had already previously contributed to the observatory as country expert on Montenegro and as global expert on investor citizenship.

Jean-Thomas was the longest serving coordinator of our observatory. Since the beginning of 2015 he has been the driving force behind the expansion of EUDO CITIZENSHIP  to the Americas, building up an entirely new network of experts in 19 countries and collecting and editing their reports on nationality law and access to the franchise. Jean-Thomas has also provided the core structure of our new databases on access to electoral laws and has collaborated with Samuel Schmid in developing the new ELECDEM indicators.

Jean-Thomas is passionate about film, novels and racing bikes. His work for EUDO CITIZENSHIP was marked by a combination of creativity, critique and energy that might have its origin in these addictions. On behalf of the whole EUDO CITIZENSHIP team I wish him all the best for the Swiss stage of his career and life.