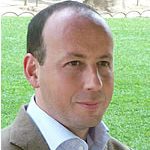 He is a member of the Boards of different law journals among which Common Market Law Review and Revue trimestrielle de droit européen.

He is currently holding a Excellence Chair of Sorbonne Paris Cité on « Being European. Legal Regimes, Ways of Belonging, Forms of Existence »: http://www.sciencespo.fr/folie/