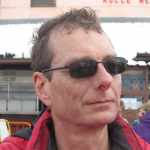 Richard Bellamy, is Professor of Political Science and Director of the European Institute at University College London (UCL). He was educated at the University of Cambridge and the European University Institute at Florence. After three years as a Post-Doctoral Research Fellow at Nuffield College, Oxford he went on to lectureships at Cambridge and Edinburgh and then to Chairs at the Universities of East Anglia, Reading and Essex before joining UCL IN 2005. He has held Visiting Fellowships at Nuffield College, Oxford; the EUI in Florence, Australia National University and the Centre for Advanced Study in Oslo. He was Academic Director of the European Consortium for Political Research from 2002-2006 and was elected a Fellow of theRoyal Society of Arts in 2002 and a member of the Academy of Social Sciences in 2008. He has just been awarded a Leverhulme Research Fellowship to complete a book on A Republic of European States: Cosmopolitanism, Republicanism and the EU for Cambridge University Press.