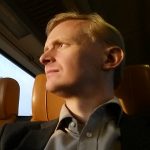 Sampo Brander, born in 1982, Master of Laws from the University of Helsinki (2008), has been Finland Country Expert since 2009. He has also studied in Université Jean Moulin Lyon III (2005-2006), where he obtained a diploma of French university studies (Diplôme d’Etudes Universitaires Françaises). He is currently working as a Justice and Home Affairs Counsellor at the Permanent Representation of Finland to the European Union. He has previously worked in the Ministry of Justice of Finland and in the judiciary, and has done international internships in Luxembourg and Paris. His fields of interest include criminal law, procedural law, European law, public international law and constitutional law.