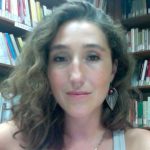 Oriane Calligaro holds a PhD in History from the European University Institute in Florence. Her thesis deals with the EU’s efforts to promote conceptions of European identity, culture and heritage. She previously studied for a combined French/German Masters in Social and Political Sciences (Sciences Po Paris and Free University Berlin). She worked as a research assistant for the CIVS (French Commission for the compensation of the victims of despoliations due to the anti-Semitic legislations during the German Occupation in France) and for the German national foundation “Memory, Responsibility and Future” for the compensation of forced workers during the Third Reich. She also did an internship at the European Commission, working for the EQUAL programme aimed at tackling discrimination and disadvantage in the labour market. At EUDO CITIZENSHIP, Oriane worked as a research assistant on he ACIT project between September 2011 and April 2012.

“After the completion of the ACIT project, Oriane has left the European University Institute at the end of March 2013 to become a Lecturer at Maastricht University. While working for our observatory, Oriane has had to perform multiple tasks from reports and publications editing, website management, conferences organization to communication with our ever growing network of experts. On behalf of the whole EUDO CITIZENSHIP team I wish her all the best for her future academic career and thank her sincerely for her contributions to our observatory.”