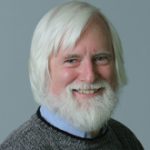 Joseph H. Carens, University of Toronto, teaches courses on the history of political thought, on alternative approaches to political theory, and on contemporary political theory, the latter focusing on multiculturalism, on immigration and on economic justice.

Carens is author of The Case for Amnesty (MIT forthcoming 2010), Culture, Citizenship, and Community: A Contextual Exploration of Justice as Evenhandedness (Oxford, 2000) and Equality, Moral Incentives, and the Market: An Essay in Utopian Politico-Economic Theory (Chicago, 1981). He is the editor of Democracy and Possessive Individualism: The Intellectual Legacy of C.B. Macpherson (SUNY Press, 1993) and Is Quebec Nationalism Just? Perspectives from Anglophone Canada (McGill-Queen’s University Press, 1995). He is also the author of over 70 articles or book chapters, primarily on issues relating to immigration and multiculturalism. He is currently writing a book on the ethics of immigration.