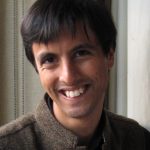 Emile Chabal is a Chancellor’s Fellow in History at the University of Edinburgh. He has published widely on postwar French political history, including A Divided Republic: nation, state and citizenship in contemporary France (Cambridge, 2015), France since the 1970s: history, politics and memory in an age of uncertainty (Bloomsbury, 2014), and articles on postcolonial identity politics in the south of France and Franco-British relations.