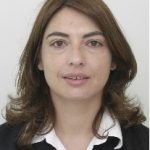 Nicoletta Charalambidou studied Law in the University of Athens Law School and thereafter studied for an LL.M in European Legal Studies at the University of Exeter.
Worked at the House of Representatives in Cyprus as the Secretary of the Parliamentary Committee on Interior Affairs and Human Rights and ten years at the Law Office of the Republic of Cyprus at the European Union Law Section. During the years of employment in the European Union Law Section of the Law office, specialized on social and employment law and policy and more particularly labour law and discrimination as well as on asylum, migration, trafficking in human beings, Schengen acquis, free movement of persons and fundamental rights.
Resigned from the public service in 2009 and established own private law firm specializing in European Union law, asylum, migration, trafficking in human beings, discrimination and fundamental rights. Currently, also the legal advisor of the Cypriot Commissioner for the Protection of Children Rights and a part time lecturer on immigration and asylum at the European University Cyprus.
A member of the Steering Committee of KISA-Action for Equality, Support, Antiracism from 1999 up to date, a national NGO with a mandate to combat and raise awareness on racism and discrimination and to provide support and advice to migrants, asylum seekers, refugees and victims of trafficking. Also the Chair of ENAR – Cyprus Coordination and elected Vice Chair of ENAR- Brussels.