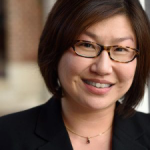 Erin Aeran Chung is the Charles D. Miller Associate Professor of East Asian Politics in the Department of Political Science at Johns Hopkins University in Baltimore, Maryland. She previously served as the director of the East Asian Studies Program and the co-director of the Racism, Immigration, and Citizenship (RIC) Program. She specializes in East Asian political economy, international migration, and comparative racial politics. She has been a Mansfield Foundation U.S.-Japan Network for the Future Program Scholar, an SSRC Abe Fellow at the University of Tokyo and Korea University, an advanced research fellow at Harvard University’s Weatherhead Center for International Affairs Program on U.S.-Japan Relations, and a Japan Foundation fellow at Saitama University. She also served on the Executive Committee of the Migration and Citizenship section of the American Political Science Association and is currently co-editor of the Politics and Society of East Asia Elements series at Cambridge University Press. Her first book, Immigration and Citizenship in Japan, was published by Cambridge University Press in 2010 and translated into Japanese and published by Akashi Shoten in 2012. Her second book, Immigrant Incorporation in East Asian Democracies, is forthcoming at Cambridge University Press (September 2020). She was recently awarded a five-year grant from the Academy of Korean Studies (AKS) to support the completion of her third book project on Citizenship, Social Capital, and Racial Politics in the Korean Diaspora.