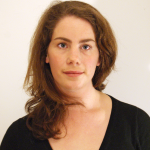 A graduate of University College Dublin, the University of Edinburgh and the Honourable Society of the Kings Inns, Catherine Cosgrave first qualified as a barrister in 2000 and subsequently became a solicitor in 2008. Following graduation, Catherine lectured in European Law at the University of Limerick and she currently co-teaches Refugee, Immigration and Citizenship Law at the Dublin Institute of Technology.  In 2004, she joined the Immigrant Council of Ireland, an independent law centre, and is employed as Senior Solicitor. She is author of a number of publications, including Living in Limbo: Migrants’ Experiences of Applying for Naturalisation in Ireland. She is a member of the Immigration Law Practitioners Association (ILPA), the Board of Women’s Aid and the Public Interest Law Alliance Advisory Board. In 2010, she was selected as a member of the British Council’s Transatlantic Network, also known as TN2020.