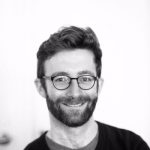 Stephen was educated at University College, Cork (BCLF) and the College of Europe (LLM), where he also worked as an academic assistant before completing a PhD at the European University Institute. He has also worked in the private sector in Cleary, Gottlieb, Steen and Hamilton, Brussels and IBM, Dublin. He has taught at the University of Tartu, Estonia and tutored the London School of Economics EU Law Summer school. Prior to joining UCC he was a lecturer in the School of Law and Government in Dublin City University.

His research interests focus on EU citizenship and criminal law, immigration and asylum law, fundamental rights and EU constitutional law and Irish citizenship. He maintains an interest in citizenship theory, criminal law theory and constitutional and political theory. He also maintains an interest in the operation of EU law in Ireland and the governance and law of the Euro. He has published widely in journals in English and French and presented at various conferences on these topics. He is a member of the staff of European Papers and a member of the editorial board of the Irish Journal of European Law.