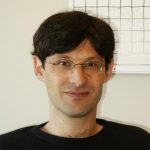 Gareth Davies is professor of European Law at VU University Amsterdam. He previously taught in Groningen, and in 2006 was an Emile Noel Fellow at New York University. His research interests are in the internal market, particularly the impact of free movement law on non-economic
interests. He has published on public services and free movement, citizenship, and religious equality. He is also interested in the constitutional aspects of European integration.