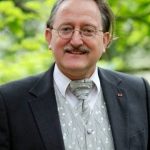 Gerard-René de Groot (1951) studied Law at the Rijksuniversiteit Groningen (Netherlands) and at the Westfälische Wilhelmsuniversität Münster (Germany). In Groningen he obtained the degrees Magister iuris and Doctorandus iuris, and from 1974 until 1982, he taught Private and Comparative Law there. Since 1982 he has been teaching Private Law, Comparative Law and Private International Law at the Universiteit Maastricht, where he obtained the degree of Doctor iuris. In 1988 he was appointed Professor of Comparative Law and Private International Law in Maastricht, where he retired in 2016. Since 2007 he is also Professor of Private Law at the University of Aruba (West Indies).

Gerard-René de Groot has published books on nationality law and problems of legal translation. He regularly publishes articles on comparative law, private international law (including nationality law) and the protection of regional and minority languages.