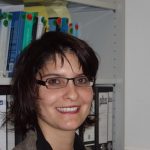 Anuscheh Farahat publishes widely on issues of European and German constitutional law, German and international migration and citizenship law, international Human Rights Law and comparative constitutionalism. She has studied in Frankfurt, Paris and Berkeley. Since March 2019 she is a Professor for Public Law, Migration Law and Human Rights Law at the University of Erlangen-Nuremberg . She is also a Senior Research Affiliate at Max Planck Institute for Comparative Public Law and International Law, Heidelberg.

Her book on migrant citizenship and transnational migration in Germany (Progressive Inklusion: Zugehörigkeit und Teilhabe im Migrationsrecht, Springer Verlag, 2014) has received multiple awards, including the Herman-Mosler-Preize 2015 of the German Society of International Law.

Since 2017 she  leads an Emmy-Noether research group on the role of constitutional courts in transnational solidarity conflicts in Europe first at Goethe University Frankfurt a.M. and now at the University of Erlangen-Nuremberg. The research project is funded by the German Research Foundation (Deutsche Forschungsgemeinschaft).