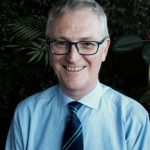 Maurizio Ferrera is Professor of Political Science and President of the Graduate School in Social, and Political Studies of the University of Milan. He is a member of the Board of Directors of the Centro di Ricerca e Documentazione Luigi Einaudi, in Turin, and was Visiting Professor in several foreign universities, including the European University Institute, UC-Berkely, Mc-Gill and the LSE. He has been serving on various Advisory Commissions at national and EU levels as well as on several editorial boards of academic journalsand publishers. He ist he head and principal investigator of REScEU “Reconciling Economic and Social Europe: ideas, values and consensus“.