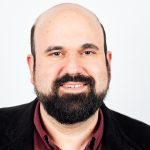 Dr. Michael L. Frazer is Lecturer in Political and Social Theory at the University of East Anglia. His research focuses on canonical moral and political philosophy, with a focus on its relevance for contemporary political theory, ethics, and the philosophy of social science. He is the author of The Enlightenment of Sympathy: Justice and the Moral Sentiments in the Eighteenth Century and Today (Oxford University Press, 2010), as well as many shorter works. Dr. Frazer received his BA from Yale University, his PhD from Princeton, and has previously held positions at Brown and Harvard.