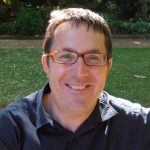 Matthew J Gibney is Professor of Politics and Forced Migration at the University of Oxford, Official Fellow of Linacre College, Oxford, and Deputy Director of the Refugee Studies Centre. He specialises in the political and ethical issues raised by refugees, citizenship, and migration control and is the author of many scholarly articles, chapters and books, including The Ethics and Politics of Asylum (2004), Globalizing Rights (2003), which has been translated into Italian and Spanish, and The Normative, Historical and Political Contours of Deportation (2013) (edited with Bridget Anderson and Emanuela Paoletti). His latest work, Conditional Citizenship: Banishment, Denationalization and Deportation in the Liberal State,  will be published by Cambridge University Press in 2016.