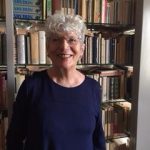 Giovanna Zincone is founder and President of FIERI (Forum Internazionale ed Europeo di Ricerche sull’Immigrazione/ Forum of International and European Research on Migration), an interdisciplinary research network on migration. Leader of the cluster of research The Multilevel Governance of Migration, within the European Network of Excellence IMISCOE, which unites the most representative research centres in Europe in the field of migration studies. This cluster of research studies the formal and informal processes of migration policy making at the various decisional levels.

Former President of the National Committee for the Integration of Immigrants, attached to the Presidency of the Council, Department of Social Affairs. Member of the two Committees that prepared the 1998 Single Act on the legal status of immigrants in Italy. Former member of the National Committee for Equal Opportunities. Member of the scientific and editorial boards of many Italian and international reviews – The Journal of Ethnic and Migration Studies, Quaderni di Scienza Politica, Reset. Deputy Director of Critica Liberale. She contributes to the Italian newspaper La Stampa.