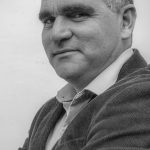 (Havana, 1974). He holds a law degree from the University of Havana (1997), a master’s degree in Public Law from the University of Valencia (2005) and a Ph.D. in Social Sciences, with a mention in History from FLACSO-Ecuador (2017). He has taught as an adjunct professor at the University of Havana. Guanche has directed several national publications and editorials. He worked, first as an advisor and then as deputy director of the International Festival of New Latin American Cinema in Havana. He has published prologues, epilogues and chapters in more than 20 volumes. He is the author of, The truth is not rehearsed. Cuba: socialism and democracy (Caminos, 2012 and Editions of the Alberto Hurtado University, Chile, 2012) and Freedom as destiny. Values, projects and tradition in the Cuban XX century (UNEAC, 2013).