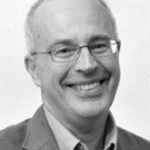 Guy Laforest holds a Ph. D. from McGill and is a Professor of Political Science at Université Laval, where he teaches since 1988.  His main areas of teaching and research are political theory, intellectual history of Québec and Canada, Canadian constitutional politics, theories of federalism and theories of nationalism.  In Europe, he has taught at the department of Political Science, Universitat Pompeu Fabra in Barcelona, and at the Centre of political and constitutional studies in Madrid.  His forthcoming book, Un Québec exile dans la federation: essai d’histoire intellectuelle et de pensée politique, will be published in Montréal by Québec-Amérique in September.  It will appear as Québec exiled within the federation : an essay in intellectual history and political thought, later in 2014 published by Peter Lang in Brussels.