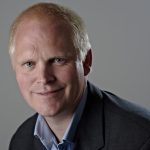 Kasper M. Hansen teaches public opinion, statistics, research methods, and comparative politics. In 1998 he was a visiting fellow at the University of Bergen, in 2001 at Stanford University, and in 2007 The Australian National University. In 2010 he was visiting professor at European University Institute (EUI) – Robert Schuman Centre for Advanced Studies (RSCAS) and in 2016 he was visiting scholar at Columbia University.

His current research project is the Danish National Election Study (PI). He has also since 2009 been working on a large project on electoral turnout.