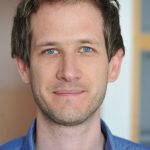 Marc Helbling is full professor in political sociology at the Department of Political Science at the University of Bamberg and a Research Fellow at the WZB Berlin Social Science Center where he has previously been head of the Emmy-Noether research group ‘Immigration Policies in Comparison’ (IMPIC).

In 2012 he was a visiting lecturer at the Woodrow Wilson School at Princeton University. He was a visiting scholar at the Centre for European Studies at Harvard University in 2011 and at the Centre for European Studies at New York University in 2005/2006. He spent shorter research stays at the European University Institute in Florence, at Oxford University, the University of Sydney (2014) and at McGill University (2008). He was an elected member of The Young Academy at the Berlin-Brandenburg Academy of Sciences and Humanities and the National Academy of Sciences Leopoldina (2010-2015) and received the 2011 Young Scholar Research Award from the Mayor of Berlin. See here.

His research fields include immigration and citizenship policies, nationalism, xenophobia/islamophobia, the accommodation of Islam and right-wing populism.