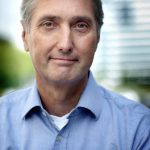 Anton Hemerijck (1958) is Professor of Political Science and Sociology at the European University Institute (EUI) in Florence.  Trained as an economist and political scientist, he obtained his doctorate from Oxford University in 1993. Between 2001 and 2009, he directed the Scientific Council for Government Policy (WRR), the principle think tank in the Netherlands, while holding a professorship in Comparative European Social Policy at the Erasmus University Rotterdam. Before he served as a senior researcher at the Max-Planck-Institute for the Study of Societies in Cologne. Over the past two decades he advised the European Commission and several EU Presidencies on European social policy developments.