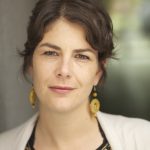 Costanza works as special advisor and head of the political secretariat for Italy’s Under-Secretary of State for Justice. ​

​She also teaches master students about EU governance and policy at Sciences Po Paris and the College of Europe in Bruges. Previously, she worked for the Open Society Foundations focusing mainly on migration, non-discrimination and ethnic relations, and held positions within the French Ministry of Foreign Affairs, the European Commission, and the World Bank Institute. She got a Fulbright-Schuman scholarship to conduct research at Columbia University and UC Berkeley and completed a PhD in political science at the European University Institute of Florence.

Costanza is the author of several peer-reviewed articles in English and Italian, has a blog on Huffington-Post Italia, and is among the editors of “Fighting discrimination in Europe”, Routledge, 2012. She is fluent in Italian, English, Spanish and French, is an advanced German speaker and a permanent beginner in Arabic. She is a member of Radicali Italiani and is among the founders of the Italian branch of Women in International Security (WIIS), the Italian NGO RENA, and the Openmigration.org project.

Thank you and good luck to Costanza

For more than a year Costanza Hermanin has worked for EUDO CITIZENSHIP, mainly by editing reports but also connecting with network experts and assisting in many other ways. Costanza is a natural multi-tasker, an academic researcher as well as an NGO activist. Her energy and dedication have been a great resource for building our observatory. Costanza has recently won a Fulbright fellowship and will move on to new geographic and academic shores after finishing her PhD at the European University Institute. My good wishes and those of all the EUDO CITIZENSHIP team will accompany her.