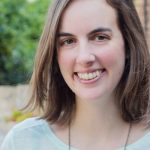 Christine Hobden is Lecturer in Philosophy at the University of Fort Hare, South Africa. She is a political theorist whose research interests include global justice, citizenship, collective responsibility, international normative thought, and the brain drain crisis. Christine completed her DPhil thesis under the supervision of Prof. David Miller and Prof. Cecile Fabre at Nuffield College, Oxford in September 2015. Her thesis, ‘States, Citizens & Global Injustice: The Political Channels of Responsibility’, sets out an account of the duties of states to each other, and the consequent responsibilities that citizens of liberal western democracies acquire. Before returning to South Africa, Christine was a Max Weber Fellow at the European University Institute, under the mentorship of Prof. Rainer Baübock (2015/2016). She is currently working on a book project, “Citizenship in a Globalized World”.