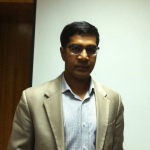 Ridwanul Hoque is Professor of Law at the University of Dhaka. He studied law at Chittagong, Cambridge, and London Universities. He was a Commonwealth Scholar at SOAS of the University of London where he studied for his PhD. He was a Fulbright Visiting Scholar at Cornell Law School in 2013-2014 and an Endeavour Research Fellow in the Melbourne Law School Centre for Comparative Constitutional Studies in 2014-2015. Professor Hoque has recently finished a visiting position at La Trobe Law School, Australia. Main areas of his interest are comparative constitutionalism, judicial activism and politics, migration law, human rights of the vulnerable groups, and law and society. He is the author of Judicial Activism in Bangladesh: A Golden Mean Approach (Cambridge Scholars, 2011). He has been widely consulted by government agencies and international organisations on international labour migration, human trafficking, and child rights issues.