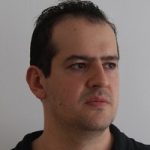 Henio Hoyo has a PhD and a MRes on Social and Political Sciences by the European University Institute of Florence, Italy; a M.A. (with Distinction) in Nationalism Studies by the Central European University (CEU) of Budapest, Hungary; and a B.A. in International Affairs at El Colegio de México (ColMex) of Mexico City.

His main interest is the study of nationalism and identity politics with a comparative approach (Latin America / Europe). In particular, he is interested in how states and political elites promote specific visions of the historical, political, and ethno-cultural characteristics of their own nations – in other words, of what the nation and its members ‘are’ or ‘should be’. Such official national imaginaries shape laws, policies and discourses of inclusion/exclusion, particularly in regards to communities like ethnic minorities, indigenous peoples, dual citizens, or migrants.

Currently, Henio Hoyo is a Postdoctoral Fellow at the Institute of Latin American Studies (ILAS) of the German Institute of Global and Area Studies (GIGA), Berlin office. In line with the interests stated above, his current research project focuses on the ideological sources of the existing barriers to the political participation of migrants, dual nationals, and naturalized citizens in Latin America, with a special emphasis in contemporary Mexico. His recent publications include ‘Veränderungen und Konstanten im Mexikanischen Nationalismus’ [Changes and Continuities in Mexican Nationalism] in B. Schröter (ed.) Das politische System Mexicos. Wiesbaden: Springer, 53-68; and the forthcoming EUDO-Citizenship Country Report: Mexico. Florence, Italy: EUDO – Robert Schuman Centre [fall 2015].