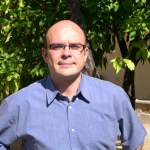 Thibaut Jaulin is Research fellow at the Robert Schuman Center for Advanced Studies (Florence) since August 2011. His is currently in charge of the scientific coordination of two research projects in the framework of the ACP Observatory on Migration (Internal Migration in Haiti and Intraregional Labour Migration within the ECOWAS), and was previously in charge of the socio-political module of the CARIM. He holds a Masters degree in History from the University Pantheon-Sorbonne (Paris), and a PhD in Political science from the University Paul Cezanne (Aix-en-Provence). He resided in Beirut from 1999 till 2006, as an international volunteer for French cooperation, and as an associate researcher at the French Institute of the Near East (IFPO). His research interests deal with international migration and transnationalism, with a focus migration policies and citizenship issues in Arab and Sub-Saharan African countries.