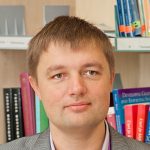 Leif Kalev is professor of state and citizenship theory at Tallinn University. His research has mostly focused on citizenship as status and agency, the state as a democratic political community and the modes of its governance as well as the politics-policy nexus in the fields of citizenship, migration and integration. In 2012-2015 he was working at the Estonian Ministry of the Interior as deputy secretary general on public order and migration policy and as secretary general. Leif Kalev has participated in drafting the Estonian national strategies in internal safety (including migration and citizenship), integration, civic society, governance, and population policy. He is member of European Consortium for Political Research (ECPR) Citizenship Standing Group since its foundation. Recent publications include: Governing in the shadow of Bologna: Return of the state in higher education quality assurance policy (co-authored with Anu Toots) in International Journal of Public Policy, 2016, 12 (1/2), 54−70 and the special jubilee issue on political citizenship in Acta Politica Estica, (2017, editor, in Estonian). Detailed profile available in https://www.etis.ee/CV/Leif_Kalev/est?lang=ENG