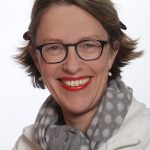 Martina Kamm has a degree in German, Sociology and Social Psychology. She is founder and director of the interdisciplinary platform Face Migration in Zurich and has been working since 2009 as a freelance migration expert. From 2000 until 2009 she was scientific collaborator at the Swiss Forum for Migration and Population Studies at the University of Neuchâtel, Switzerland. She specializes in intercultural projects, irregular migration and resources of migrants in the public health sector. In 2010 she co-edited Diskurse in die Weite, a book on migration and literature in Switzerland (together with Bettina Spoerri, Daniel Rothenbühler und Gianni D‘Amato). She has published widely on discrimination and asylum and just finished the film and publication project titled ‘No child’s play. Consequences of war, flight and persecution on the second generation of refugees in Switzerland’, together with her partners Anna Weber, Dana Pedemonte and Meinrad Schade (2016).
Facebook Twitter Email