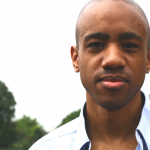 Lamin is currently working at the DLA Piper firm running its Pro Bono Practice across 22 countries. Previously, he has been the Executive Director of the EU Public Interest Clinic at New York University and HEC in Paris. He is also the co-founder of the skilled volunteering NGO, The Good Lobby. He is a former Fulbright recipient, having spent time at a the University of California, Los Angeles Law School and New York University Law School. Lamin qualified as a lawyer in England (2012) where he spent time working in the international arbitration and energy practices of his previous firm. He is a graduate of the LSE, Edinburgh University and the European University Institute.