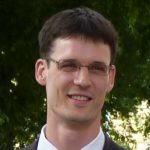 Zsolt Körtvélyesi holds an MA in Legal Studies (Szeged U., 2006) with specialization in French law and European studies. He started his PhD studies in the same year at the Constitutional Law Department (Szeged U.). He obtained an MA degree on Nationalism Studies (CEU, Budapest, 2009), and is starting his SJD studies at the Comparative Constitutional Law Program at CEU. He worked in a law firm in Budapest for three years and in the Office of the Hungarian Parliament for 18 months (Independent Police Complaints Board).