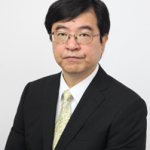 Atsushi Kondo is Professor in Law at Meijo University, Nagoya, Japan. He has been a visiting fellow at Stockholm University, the University of Oxford and Harvard Law School. Atsushi has authored and edited a number of books in both Japanese and English, including “Citizenship in a Global World” (Palgrave Macmillan, 2001), “New Concept of Citizenship” (CEIFO Stockholm University, 2003), and “Migration and Globalization” (Akashi Shoten, 2008). He acted as Japan’s reporter for the Migrant Integration Policy Index.