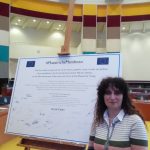 Dora Kostakopoulou is a member of the Scientific Committee of the Fundamental Rights Agency of the EU and Professor of European Union Law, European Integration and Public Policy at the University of Warwick, UK. Formerly, she was Jean Monnet Professor in European Law and European Integration and Co-director of the Institute of Law, Economy and Global Governance at the University of Manchester (2005-2011). She has been British Academy, Thank Offering to Britain Fellow (2003-2004) and recipient of an Innovation Award by the Arts and Humanities Research Council (2004-2005). She is the author of Citizenship, Identity and Immigration in the European Union: Between Past and Future (2001, Manchester University Press), The Future Governance of Citizenship which was published by Cambridge University Press in 2008 (Law in Context Series) and Institutional Constructivism in Social Sciences and Law: Frames of Mind, Patterns of Change (2018, Cambridge University Press). Her articles have appeared in the Canadian Journal of Law and Jurisprudence, Columbia Journal of European Law, Oxford Journal of Legal Studies, Modern Law Review, European Law Journal, Journal of Common Market Studies, Political Studies, European Political Science, Journal of Ethnic and Migration Studies, Journal of European Public Policy, European Journal of Migration and Law, European Security, Perspectives on European Politics and Society, International Journal of Law in Context and the Journal of Political Philosophy. Further information can be found at: