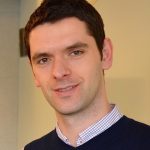 Gëzim Krasniqi is a Career Development Fellow in Sociology at the School of Social and Political Science, the University of Edinburgh. In addition to citizenship, he has a broad interdisciplinary interest in nationalism, ethnic conflict, contested states and state-building, often with empirical focus on South East Europe. He is co-editor of Uneven Citizenship: Minorities and Migrants in the Post-Yugoslav Space (Routledge, 2015) and author of several journal articles and book chapters.