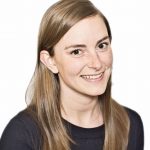 Kristen is a senior data analyst on the IPUMS-International data dissemination project based at the University of Minnesota. She specializes in the management and analysis of international survey and census data and has a background in migration research. She recently served as a consultant to the International Organization for Migration to compute demographic and development indicators, disaggregated by migratory and citizenship status. Previously, she worked as the Immigration Policy Research Assistant at the Humphrey School of Public Affairs where she compared immigrant integration across the United States. Kristen has a master’s degree in Public Policy from the University of Minnesota. There, she studied social policy, specialising in immigration policy. Her research interests include international migration, immigrant integration, citizenship acquisition, and inequality of opportunity in education and labor markets.

Kristen Jeffers was the research assistant at the University College Dublin for the EUDO CITIZENSHIP ACIT project from December 2011 to the end of April 2013. She worked with me and Rainer Bauböck on the CITLAW indicator study, and with Derek Hutcheson on the CITIMP indicator study. In addition to taking responsibility for coding many thousands of legal provisions, she contributed significantly to the analysis of these provisions and the structure of the CITLAW and CITIMP studies, as well as presenting CITLAW with aplomb in two national dialogues. In May 2013 she is returning to her home state of Minnesota the United States to pursue her career in research related to public policy – but we also hope to see her back in Europe again before too long.