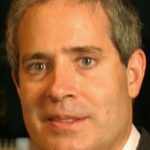 Jaime Lluch was born and raised in Puerto Rico (an unincorporated territory of the USA), and has spent many years studying and working in the USA and Europe. He has also traveled extensively in the Americas and in the Mediterranean region. He received his B.A. from Brown University (Phi Beta Kappa) and an M.A. (Politics) from UC Berkeley, and earned his Juris Doctor from Yale Law School, and then spent several years working as an environmental law attorney, etc. He earned his Ph.D. in Political Science at Yale University, awarded in 2007. His thesis was entitled “Shades of Stateless Nationhood: Explaining Internal Variation in the Political Orientation of the National Movements of Quebec and Catalonia (1976-2005)” (Chair: James C. Scott).

He is a comparativist who works on the constitutional and political accommodation of national diversity in multinational democracies, comparative federalism and comparative constitutionalism, models of multilevel governance and citizenship, European and EU politics, and also on migration and global governance. He is also interested in the law and politics of citizenship, race/ethnicity and multiculturalism. He maintains a strong area interest in the Americas, including Latin America, the Caribbean, and North America (Canada and the USA).

His published work (so far) has to do with the accommodation of ethnonational diversity in multinational democracies, models of multilevel governance and citizenship, and comparative federalism. His book entitled Visions of Sovereignty: Nationalism and Accommodation in Multinational Democracies, was published (2014) by the University of Pennsylvania Press in the Series edited by Prof. Brendan O’Leary.

Visions of Sovereignty was awarded the IV Vilaseca i Marcet international book prize (2012) by the Institut d’Estudis Autonòmics, Generalitat de Catalunya, Barcelona, and another version of the book was published in Barcelona, by permission from Penn Press, and entitled The Moral Polity of the Nationalist: Sovereignty and Accommodation in Catalonia and Quebec (1976-2010).
He has articles published in Publius: the Journal of Federalism, European Political Science Review, Nationalism and Ethnic Politics, and Nationalities Papers: the Journal of Nationalism and Ethnicity.

He organized a major conference at St. Antony’s College, Oxford in June 2011, and based on it, an edited volume has been published (2014) in which he is the single editor, entitled Constitutionalism and the Politics of Accommodation in Multinational Democracies, by Palgrave Macmillan UK, in their St. Antony’s College (Oxford) Series.

Since January 2014, he is associate professor of Political Science at the University of Puerto Rico.