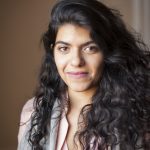 Noora Lori is an Assistant Professor of International Relations at the Pardee School of Global Studies, Boston University. Her research focuses on citizenship, statelessness, temporary migration schemes and racial hierarchies in comparative perspective with a focus on the Middle East. Her book, Offshore Citizens: Permanent “Temporary” Status in the Gulf (Cambridge University Press 2019) received the best book prize from the Migration and Citizenship section of the American Political Science Association (2020), the Distinguished Book Award from the Ethnicity, Nationalism, and Migration Studies section of the International Studies Association (2021), and the Best Book in MENA (Middle East and North Africa) Politics from the APSA-MENA politics section of the American Political Science Association. She has published in International Migration Review (forthcoming), International Journal of Middle East Studies, Journal of Global Security Studies, Ethnic and Racial Studies, International Relations, the Oxford Handbook on Citizenship, The Shifting Border, among other journals and edited volumes.  Her work has been funded by the ACLS/Mellon foundation, Ziet-Stiftung Ebelin und Gerd Bucerius, the Hariri Institute for Computing and Computer Engineering (BU), the Initiative on Cities (BU) (2016; 2019), as well as other grants. She is the co-director (with Kaija Schilde) of the Pardee School Initiative on Forced Migration and Human Trafficking. At BU, she received the Gitner Family Prize for Faculty Excellence (2014) and the CAS Templeton Award for Excellence in Student Advising (2015). She was previously an Academy Scholar at the Harvard Academy for International and Area Studies, a fellow at the International Security Program of the Harvard Kennedy School, and a visiting scholar at the Dubai School of Government. She received her PhD in Political Science from Johns Hopkins University’s (2013) and her dissertation received the Best Dissertation Award from the Migration and Citizenship Section of the American Political Science Association in 2014.