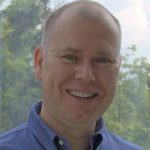 Willem Maas (PhD Yale) is Jean Monnet Chair and Professor at Glendon College, York University, where he specializes in citizenship and migration, European politics, and comparative politics. He is author of Creating European Citizens, which argues that European integration involves not only economic cooperation but also a political project of transcending borders and building a European community of people, editor of Democratic Citizenship and the Free Movement of People, which challenges the normal way of thinking about free movement by identifying barriers and disincentives against citizenship’s promise of equality, and editor of Multilevel Citizenship, which disputes the dominant narrative of citizenship as a homogeneous status bestowed only by nation-states by considering overlapping jurisdictions, sub- or supranational citizenships, and shared governance. Professor Maas previously taught at New York University, has held visiting appointments at the European University Institute, Radboud University, and Leiden University, and interned at the European Commission and the Parliament of Canada.

Willem Maas (PhD Yale) is Department Chair, Jean Monnet Chair, and Professor at Glendon. For GLOBALCIT, he is the electoral rights country expert for Canada.