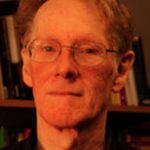 Warren Magnusson is a political theorist with a particular interest in the urban and the local as sites of politics and government.

His most recent book, Local Self-Government and the Right to the City (2015) connects work he did at the beginning of his academic career to more contemporary concerns. He argues that the “right to the city” has to be understood in relation to the principle of local self-government if we are to make sense of our democratic possibilities. In a slightly earlier book, Politics of Urbanism: Seeing Like a City (2011), he argues that we must make the city rather than the state the main object of our analytical (and political) attention. These two books complete a trilogy that began with The Search for Political Space (1996), an exploration of the potential for progressive urban politics.