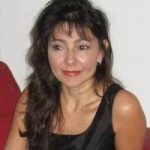 Ana Margheritis is Reader in International Relations at the University of Southampton. She previously worked at University of Florida, The Fletcher School of Law and Diplomacy at Tufts University, and Tulane University in the US, as well as Universidad Torcuato Di Tella in Argentina. She also hold visiting positions at Columbia University, University of California at San Diego, Getulio Vargas Foundation in Rio de Janeiro, ITAM in Mexico, University of Milan, CERI at Sciences Po, CEACS at Juan March Institute in Madrid, and FLACSO Ecuador.

Her next book will focus on state policies towards their citizens abroad in five Latin American countries.

Web page and links to publications available at: http://soton.academia.edu/AnaMargheritis