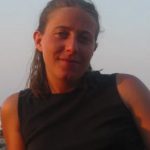 Costanza Margiotta is Lecturer in Philosophy of Law at the University of Padua and currently teaches “Fundamental rights and European Citizenship” and “Human Rights and International Justice” at the Faculty of Political Sciences. She has taught “Theory of International Law” at the Faculty of Political Sciences of Forlì (University of Bologna). She has been a research fellow at the University of Parma (Dipartimento di studi giuridici e sociali) and a post-doc fellow at the Istituto di Scienze Umane (Florence). She earned a PhD from the Law Department of the European University Institute (Florence). She is the author of two books and numerous articles, including L’ultimo diritto. Profili storici e teorici della secessione (Bologna, Il Mulino, 2005), which was awarded the Essays International Prize “Salvatore Valitutti”, XIII Editino (2006), for a first book. Her research has focused on secession in international law and on slavery, race and law. She is presently engaged in two main research projects: the first on “European citizenship and dual nationality” and the second on the “codification of internationallLaw”. She is a member of the editorial staff of «Ragion Pratica», «Filosofia politica» and «Ars Interpretandi».