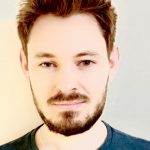 Thomas McGee is a PhD researcher at the Peter McMullin Centre on Statelessness at Melbourne Law School (Australia). There, he is focusing on statelessness and nationality issues in the Syrian context. Since 2011, Thomas has served as an expert on cases of stateless Kurds from Syria within European asylum processes. Speaking Arabic and Kurdish, he has also worked on statelessness and nationality issues more widely in the Middle Eastern and diaspora contexts, publishing on the issue in a number of academic and policy publications. His work has featured in the Tilburg Law Review, Statelessness and Citizenship Review, Oxford Monitor of Forced Migration and the Forced Migration Review. Beyond this, Thomas has served in consultant and analyst roles within humanitarian and development programmes, and worked for UNHCR. Thomas is currently an individual member of the European Network on Statelessness and co-coordinator of the recently established MENA Statelessness Network (Hawiati).