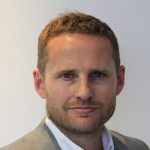 Chris Nash is the Director and co-founder of the European Network on Statelessness. He has worked in the refugee and migration field for over 20 years, initially as an asylum lawyer and then at the European Council on Refugees and Exiles (Head of Policy and Advocacy), the Refugee Council of Australia (National Policy Director), Amnesty International (Head of Refugee and Migrant Rights Team) and Asylum Aid (International Protection Policy Coordinator). Chris has written widely on asylum, migration and statelessness policy. He has also previously worked as a consultant, including for the UN Refugee Agency.