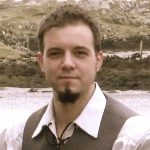 Nenad Rava is currently finalizing his PhD thesis at the Institute for the Study of Political Change (CIRCaP), Graduate School, University of Siena, Italy, with the focus on theory building regarding the relationship between quality of democracy and nation-state integration.

Nenad holds a MSc in European and Comparative Politics (CIRCaP) and a Diploma in Development Policy (VDA/Johnes International). Beside working on the CITSEE project, he is associated with the University of Stirling, the Centre for European Neighbourhood. Nenad has been international development consultant in European post-communist states since 2006; UN/UNDP programme advisor on public management (2002-2006); advisor in the Serbian Prime minister’s Office on institutional reform (2001-2002); and leader of national and local offices of AIESEC (1997-2001). His publishing work includes academic research, policy analysis and educational materials.