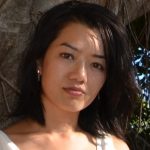 Lyma is a barrister practising both domestically and internationally in criminal law, migration and refugee law, administrative law, inquiries, civil reparations and human rights.  Before being called to the bar, Lyma worked as a Federal Prosecutor, where she appeared in a range of indictable and summary matters including transnational crimes, human exploitation offences and corporations offences.  Lyma is a Law and Justice Civilian Expert on DFAT’s Australian Civilian Corps register and has received both the prestigious Churchill Fellowship as well as the Prime Minister’s Executive Endeavour Award in recognition of her work in international criminal law.  Domestically, Lyma has been recognised as one of 45 “Trailblazing Australian Women Lawyers”, particularly for her work as International Civil Party Counsel at the Extraordinary Chambers in the Courts of Cambodia (Khmer Rouge Tribunal), where she has provided pro bono legal services to over 100 victims of the Khmer Rouge regime for nearly a decade.  Her clients include foreign nationals, members of the Cambodian diaspora world-wide, and the ethnic Vietnamese minority group in the tribunal’s historic genocide case.  In her home jurisdiction, Lyma is a member of the Northern Territory Bar Council, current Vice-President of the Criminal Law Association of the NT, a member of the Diversity and Equity Committee of the Australian Bar Association, a representative on the Law Council of Australia’s Rule of Law Network and a Director on the Board of AVI.