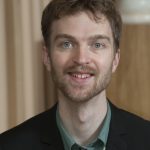 Kieran Oberman is a Chancellor’s Fellow in Political Theory at Edinburgh University. He received his PhD from Oxford University and has since held positions at the University of Louvain, Stanford, the Asian University for Women and University College Dublin. His primary focus of research is the ethics of immigration policy. His publications have appeared in American Political Science Review, Ethics, The Journal of Political Philosophy and Philosophy and Public Affairs.