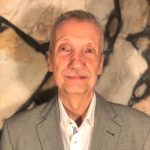 Michael Offermann is a former UN staff member who had worked in the human rights branch of the UN peace-keeping missions in Angola and subsequently for the UN High Commissioner for Human Rights in Angola, Cameroon, and Togo. During his last years at the UN, his particular attention had been drawn on issues of legal identity and nationality which led him, after his retirement, to carry out country studies in Mali and in Angola on behalf of UNHCR in the context of the #IBelong Campaign launched in November 2014 to end statelessness within 10 years. He had studied social science and history at the Université Paris VII in France and obtained a PhD in political science at the Freie Universität Berlin (Free University of Berlin) with a thesis on the political, economic, and social developments in independent Angola in 1987. After his studies he had also worked for a German humanitarian NGO in Mozambique before joining the UN. The country study on Mali is available on the internet (‘Les risques d’apatridie au Mali et pour les Maliens vivant à l’étranger). The one on Angola is still in the process of validation.